Can You Ask Why Someone is Disabled? 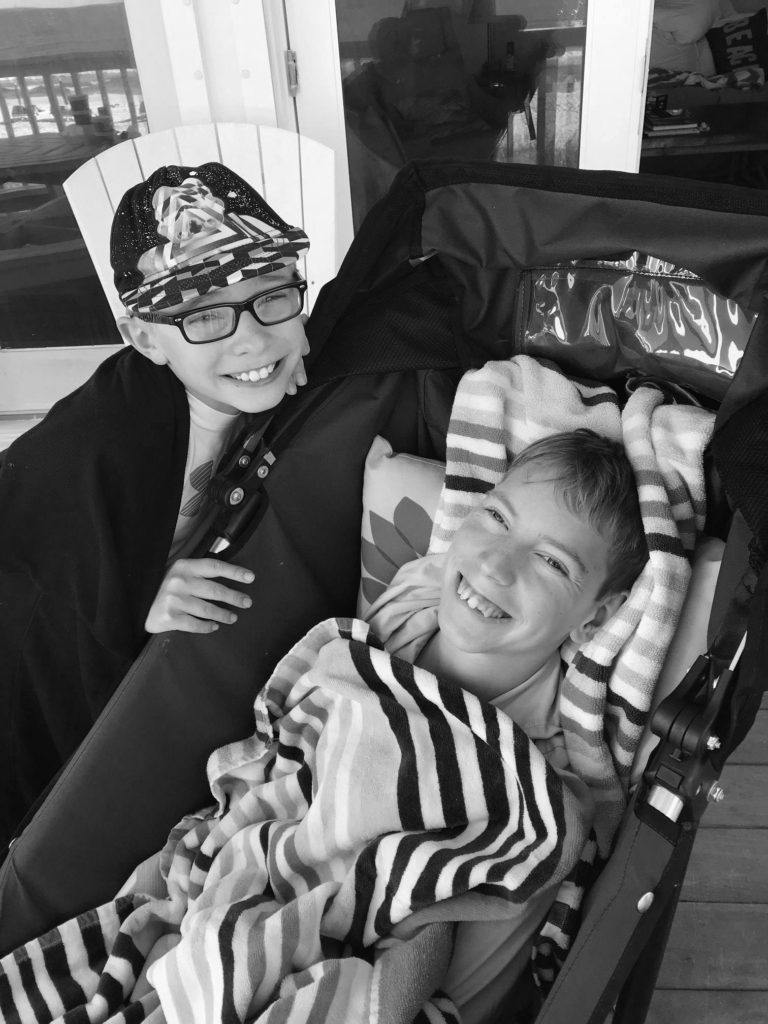 Can You Ask Why Someone is Disabled?

Last night we hosted a sleepover for 9 Boyz! They stayed up most of the night eating, laughing, playing nerf guns, video games, eating & laughing…

Driving them home this morning after plates of waffles, ham and eggs, their little eyelids would not stay open. These days are precious and we count every minute of them priceless. But what do parents feel with kids who will never be invited to a party because of their disability? Well, glad you asked!

Our son Isaac, 20yrs old, has cerebral palsy. He is the joy of our life and all of us adore him (especially his brothers!) But when this young tribe of boys took over the house last night something amazingly wonderful happened! I’ll try to share it just as it unfolded…

We were sitting on the back deck spoon feeding Isaac (who cannot walk, talk or feed himself without assistance) when Alex, (name changed for privacy) came to the table. The other boys were playing nerf guns and their yells, hoops and hollers were echoing all over the neighborhood. Alex, for the next 20 minutes sat with us “adulting.” He was enjoying grown up conversation about work, building a home, expectations and relationships. He blurted out in the middle of a sentence, “Wow! I get to sit with the adults and discuss real life! This is so cool! Way cooler than nerf guns!” He was truly present and aware of the moment unfolding.

As we were clearing the table, he touched my arm, “Mrs. Marshall (cleared his throat) may I ask you a question? Respectively, and I’m not trying to be a jerk, I just really want to understand and help.” The earnest look in his eyes took me aback and made me answer with the same intensity he asked, “Of course Alex! What do you want to know?”

“What happened to Isaac? Does he have an actual diagnosis?”

Tears filled my eyes and I smiled so big! Alex was so relieved by my physical reaction. I said, “Isaac has Cerebral Palsy, which simply means a part of his brain is injured. He was hurt while he was being born. It injured the part of his brain that causes him to move. But the rest of his brain is prefect! He’s smart, funny and he’s taking classes. At some point, he’ll be able to get a degree and a job and do great things with his great mind.”

Alex responded, “Wow! That’s awesome! So he understands everything I say?”

“Yup! Every goofy thing you kids say Isaac will laugh at it!”

A few minutes later Alex and JJ (Isaac’s 10 yr old brother) were in the living room. Both of them were asking Isaac questions. JJ was “interpreting.” “See Alex, Isaac will use his eyes to answer you. He’ll look at something or smile or make a face to let you know what he’s talking about. It’s really fun to talk to him. Let me show you how it works!” JJ then proceeded to make crazy antics , jokes and basically 10 yr old goofball stuff to make Isaac laugh out loud. Alex was elated!!! He could see Isaac and JJ totally understood each other and he couldn’t wait to get in on the “conversation!” The “crazy” went on for 30 more minutes and after a lot of laughs and jokes everyone was just…HAPPY!

“Guess what? I asked Mrs. Marshall what happened to their son who is in the wheelchair and she told me! He’s so cool Mom! He’s all in there and has like Super Powers because he can communicate without words! He uses his eyes and stuff, but I totally know what he’s saying! He’s Amazing!!

PS. Alex told us a the table (while he was “adulting”) that he had been diagnosed with ADD. He said he wanted to feel normal and not have to take medication but be like a real kid. He asked, “Do you think I’ll ever be OK?”

I responded, “Alex, I think you are already more than OK!!!”